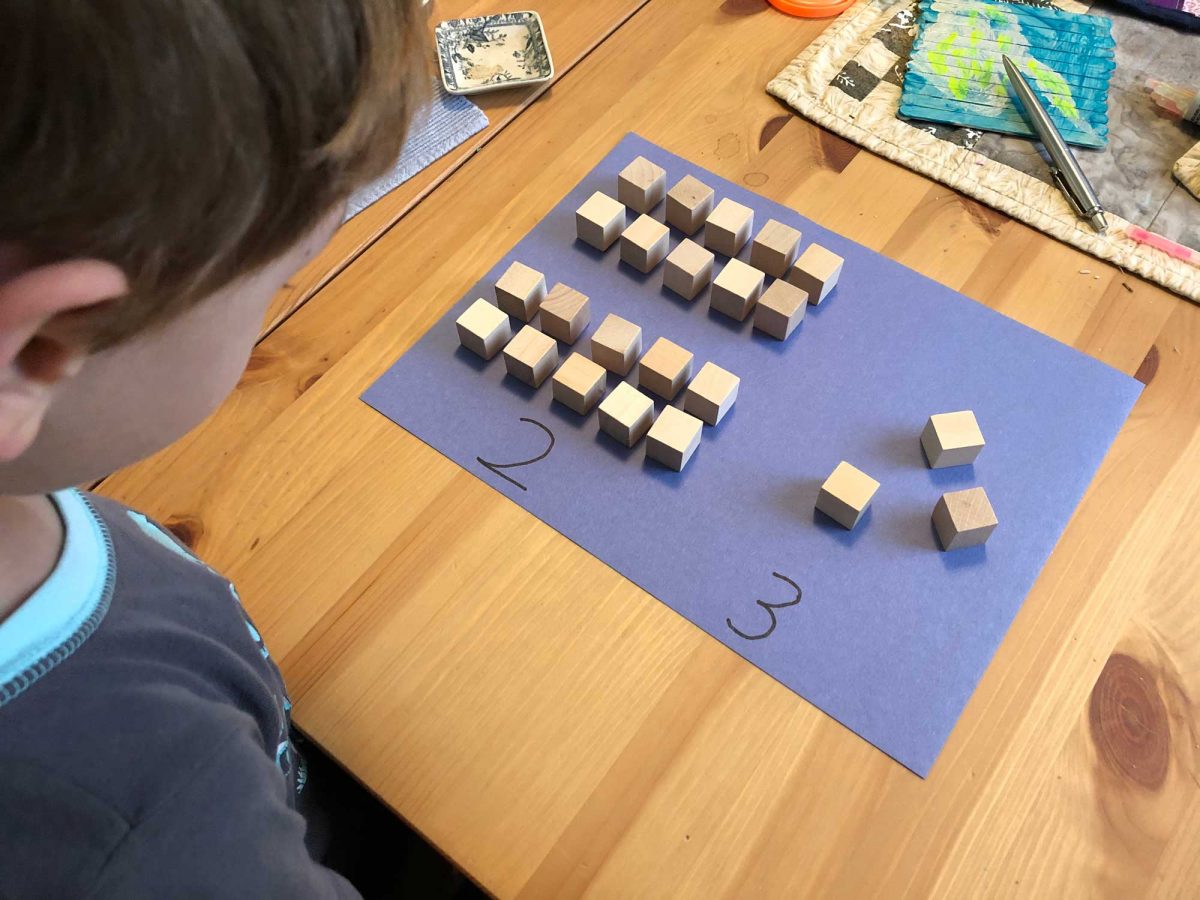 Although my five-year-old is not ready to tackle multiplication formally, we have started to work on it informally by setting up grids of blocks. He can see, visually, that two by two is four, three by three is nine, and so on.

The blocks are also excellent for illustrating exponents.

For this reason, I recommend getting a pack of at least a hundred blocks. They’re also fun just to build structures. I bought a pack of 500 (paid link) from Amazon that I’m happy with (the same link offers a selection of pack sizes). I consider these a key part of a math teacher’s toolbox.